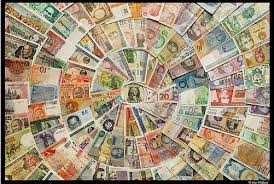 Forex Trading or Foreign Exchange Trading is the simultaneous buying of currency and selling of another that provides an opportunity for profit based on the changes and fluctuations of their values.  Foreign currencies can be considered an investment.  Because of the extreme volatility of money currencies, investing in foreign exchange specifically for the purpose of trading has its risks as well as benefits.

Money changing has been known to exist since ancient times where money changers charge a fee for changing money.  The foreign exchange market is highly liquid because of the huge trading volume conducted on a continuous operation with extensive geographical dispersion.  Forex trading can be done without hiring the services of a broker.  Beginners can safely participate in it by knowing how to start right.

The very first thing to be considered by beginners in forex trading is how the spread is attained in the difference between the asking price of the seller and the bid price of a buyer. The pip is a number that represents the smallest price change of a currency in the foreign exchange market and usually determines what forex brokers get in lieu of commission.  A pip is typically equivalent to 1/100 of one percent.

Forex trading can be started with minimally low margins so just about anyone interested can venture into it.  However, it is always wise to proceed with caution since the wrong steps can easily wipe out the money investment.  Foreign currency is considered an asset since a person can gain value in an existing rate.  The differential in interest rates between two currencies can also be a way of earning from forex trading.

There are essentially two kinds of players in forex trading – those that engage in it in swing trading for a number of days and those who are into carry trade which is a longer term participation.  People with limited funds usually go for the first option while those with larger amounts to trade which has no immediate other use falls to the second option.  Whatever the choice, forex traders should be able to understand the value of timing their forex trades which forms the basic fundamental of trading profitability.

For forex trading to be beneficial and productive for any trader, common sense and logic should prevail over impulse.  Beginners can consider looking into online currency trading to get the feel of real trading.  There are sites that offer free demo accounts to traders to help them better understand how trading goes with real money.  Trading enthusiasts can visit Mahifx.com and request for a personal demo where a beginner can be shown around the site by a support team to make the learning faster.  Beginning traders will do well to transact only with reliable sites to maximize learning and earning potentials.

Henry is a banker with a keen interest in forex trading but dabbles in writing on related topics on the side.