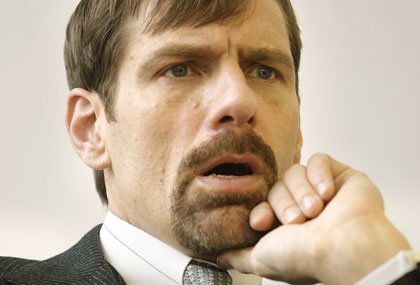 Santa Ana, CA – Broadcom co-founder and former CEO Henry T. Nicholas was arrested this week on drug and conspiracy charges stemming from his penchant for Ecstasy, prostitutes, and cash. But the F.B.I isn’t the only was who wants to see justice.

“Maybe now I’ll be able to collect those late fees,” said Adelaide Griswold, Director of Library Services for the Orange County library system. According to Griswold, Nicholas racked up over $600 in fines on titles such as Success Without Scars: Business Tips From Tony Montana, Handling Whores for Dummies, and Underground Fortresses: A Drafter’s Guide. Some volumes, such as Insider’s Guide to Accounting for Stock Options, were simply never returned.

“The books Mr. Nicholas checked out always came back dusty,” said Griswold. “I never could figure out why such a wealthy man would have so much white dust in his home.”

As for the outstanding borrowed books, library authorities will work closely with the F.B.I and local police to recover them. Fines in arrears are also sought. As of June 6, 2008, Nicholas’ library card has been officially flagged.